The First Bathymetric Chart of the East China Sea 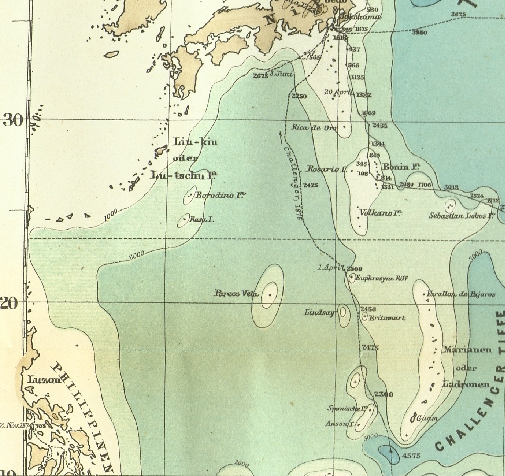 Yesterday I came across a copy of the earliest bathymetric chart of the Pacific Ocean, which was made by the German geographer Augustus Petermann in 1877. The image to the left zooms in on the portion of the map that covers the East China Sea, including the Senkaku / Diaoyu Islands. A couple of features are worth noting: First, the Islands themselves are nowhere to be seen. Either Petermann never noticed their existence, or he thought them too insignificant to place on the map. Second, Petermann’s map doesn’t reflect the topographical changes that correspond with the Okinawa Trough, which is a seabed feature that separates the Ryukyu Islands from China’s continental shelf. Everything west of the Ryukyu Islands incorrectly appears as an undifferentiated area of relatively shallow waters. The map isn’t terribly significant to the ongoing territorial dispute between Japan and China, but it’s interesting nevertheless.